You Are Here: Co-Simulation for Joint Analysis and Design of MASbased Electrical Power Protection and Communication

Multi-agent system (MAS) protection is under investigation as a potential method to solve the reliability and survivability issues related to modern power systems. The design of such protection systems relies not only on the intelligence of each individual agent, but also the communication between the agents to accomplish global coordination. As a consequence, power and communication are interdependent in this system. To create a suitable environment for analysis in support of design, we extended the capabilities of our cosimulation platform VPNET, to include the agent operation. As a case study, MAS protection schemes in Medium Voltage DC (MVDC) shipboard power systems were chosen. 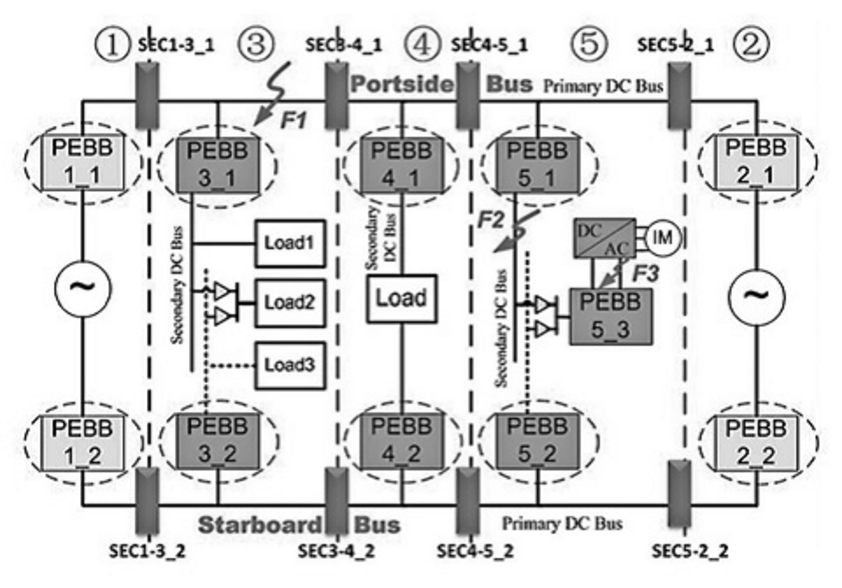 The concept of multi-agent system, (MAS) is appealing because of its autonomous nature, ability to self-reconfigure, accommodate plug&play features, share information, coordinate actions, and be easily extended in capabilities.

to each agent and on the information exchanged between adjacent agents. Hence, the communication network is vital to the system performance. The process of designing the MAS based protection requires consideration not only of the dynamic of the power system, but also of the phenomena determined by the communication network, such as communication delays and disruptions. The co-simulation method provides a solution for concurrently analyzing power and communication interactions.

The proposed extended co-simulation platform is being tested on MAS based protection schemes of a MVDC shipboard power system. The proposed method is in principle suitable for supporting the joint design of future smart grids, in presence of distributed control and intelligence and of widearea monitoring systems.