You Are Here: An Idea for Embedded Agents

An Idea for Embedded Agents 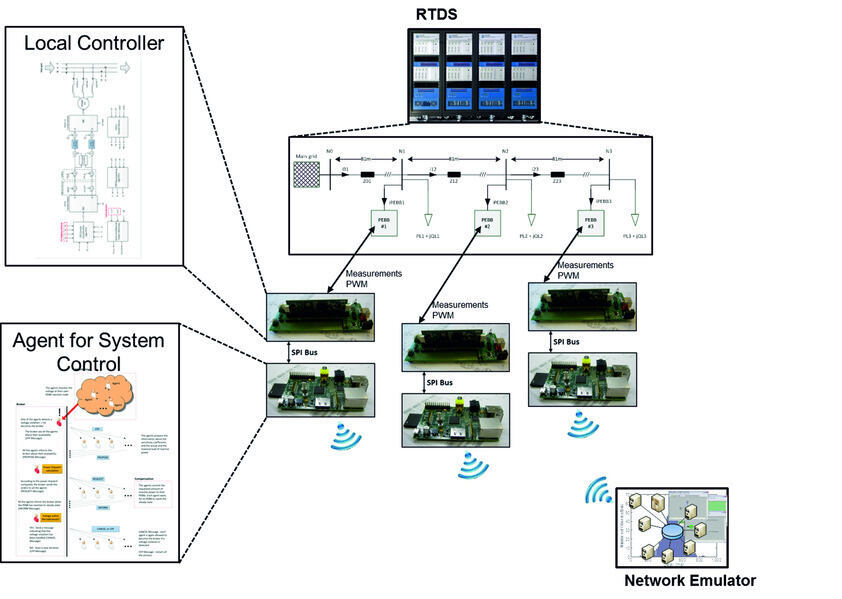 The sustainable energy is currently expected to be based on renewable sources, in many cases geographically distributed, and connected to the network through power electronics interfaces. The goal of optimal use of available energy, instant by instant, deeply challenges the system level control of those distributed resources.

The large number and the heterogeneous characteristic of the players involved, the variability and volatility of some of the sources, and the need for coordination between local and global objectives are some of the features suggesting that a centralized solution is not feasible. Instead, decen- tralized and distributed solutions may be an option. Among the decentralized and distributed approaches, Multi-Agent Systems (MAS) have emerged as a suitable framework.

In the majority of applications in power system, MAS are still executed on a single machine. The distribution of MAS, so that agents are located and executed on embedded hardware, opens new challenges related to execution time, synchronization and communication. With reference to the Power Electronics Building Block (PEBB) concepts, we propose a solution that relies on the use of embedded hard- ware (based on an ARM processor with a UNIX operating system) for the execution of agents for system level control. An ARM-UNIX solution allows the use of available frame- work (e.g. Jade) for the implementation of MAS at system level control. The other levels of control (application, conver- ter, switching and hardware control) should be executed on dedicated computational units such as DSP and FPGA.

To test this idea, we implemented a first prototype of this multi-level control structure using a Raspberry Pi and a TMS320F28335 from Texas Instrument. To test the proposed concept, we set up a testing scenario based on previous work performed at the institute to study the involvement of distributed resources for voltage control in distribution systems. A low voltage radial feeder with three distributed resources is simulated in RTDS. Each distributed resource is controlled by one prototype: the agent responsible for the specific converter is executed on the Raspberry Pi while the local control is executed on the TI microcontroller. The network emulator WANem has been used to create realistic communication conditions between the different agents.